Cédric Fargues has long remained a mysterious figure. From Figeac, town located in the damaged hills of Lot, his name got attached to aggressive collages of Britney Spears’ face (Preteen Gallery, Mexico City, 2010), coquette compositions of pink ribbons (Courtney Blades, Chicago) or wallpaper dedicated to Henry, the vacuum cleaner star of the English housewife in the 1980s (Weekends, Copenhagen). As a seasoned and a little skewed housewife, he bobbles between searching for the perfect cedar candle, Teri Hatcher’s Amazon page and new age specialized forums, transforming his domestic activities into metaphysical experiences. Busy between the classifying flower petals according to their caloric intake, the sweating of a chicken in a jacuzzi of vegetable broth (Artsoup) and the frosting of stigmata shaped cookies (Stigmateye Cookies), he lays the foundation for a return to tradition somewhere between the Catechism of Taylor Swift and the description of cycles by the practitioner of esotericism Jean Phaure. Gardener, beekeeper, ufologist, mystical confectioner or simple diner, Cédric Fargues is the unexpected encounter between Doctor Faustroll and Bree Van de Kamp, a great inventor of everyday life.

For his exhibition at the New Galerie, fifty-five “baby flowers” collected in the lands of the Causse plateau act as a digital herbarium. Decadent offspring of the photographer Karl Blossfeldt, they foreshadow the end of worlds according to him. Violets, thistles and wild orchids are adorned with Facebook stickers to announce the advent of a new era. If their blooms augured the birth of a cycle, they also foretell the fierce design of an apocalypse. Encircling a frayed wooden kindergarten greenhouse, flower babies celebrate the crystallized Christ child. Resurrected by a pastry operation, the newborn is coated, glazed and then finally topped with ornaments.  Recalling Roland Barthes discussing recipe cards in Elle magazine, his Christcake is both baroque and commonplace, artificial and irresistibly heavenly in its shroud of sugar. Even if this chemical transformation could have had its place on the kitchen counters of Martha Stewart discussing the tone of a baby shower with John Waters, or in a last minute collaboration between Claes Oldenburg and the Jonas Brothers, here it is rather the result of a kinship with the alchemist Fulcanelli predicting the ascension of the big event.

In the basement thirty pipettes contain sediment of a past world. Transformed, then liquefied, they exhale chaotic notes: legendary laurel, herbs and sandalwood, moss, and psychedelic mushrooms. Designed with the perfumer Angelo Orazio Pregoni, this oil condenses the vital forces of flower babies. Placed not far from an icon of the Virgin Mary, they evoke tears of our Lady of La Salette, the one cited by Leon Bloy with ‘her white dress spangled with straw and its ruined shell of multicolored roses’ that is said to have appeared alone in the Hautes-Alpes.

After the altar, the time of judgment is in the last room. In this Priory, plants proliferate and prophesy the passage in the great Adamic cycle. Bringing together ancient and modern times, liturgy and camp fantasies, their branches run to an unexpected world.  An eschatology in short, where in turn cosmic powers, antiquity, Gaga hermeticism and queerituality are summoned. 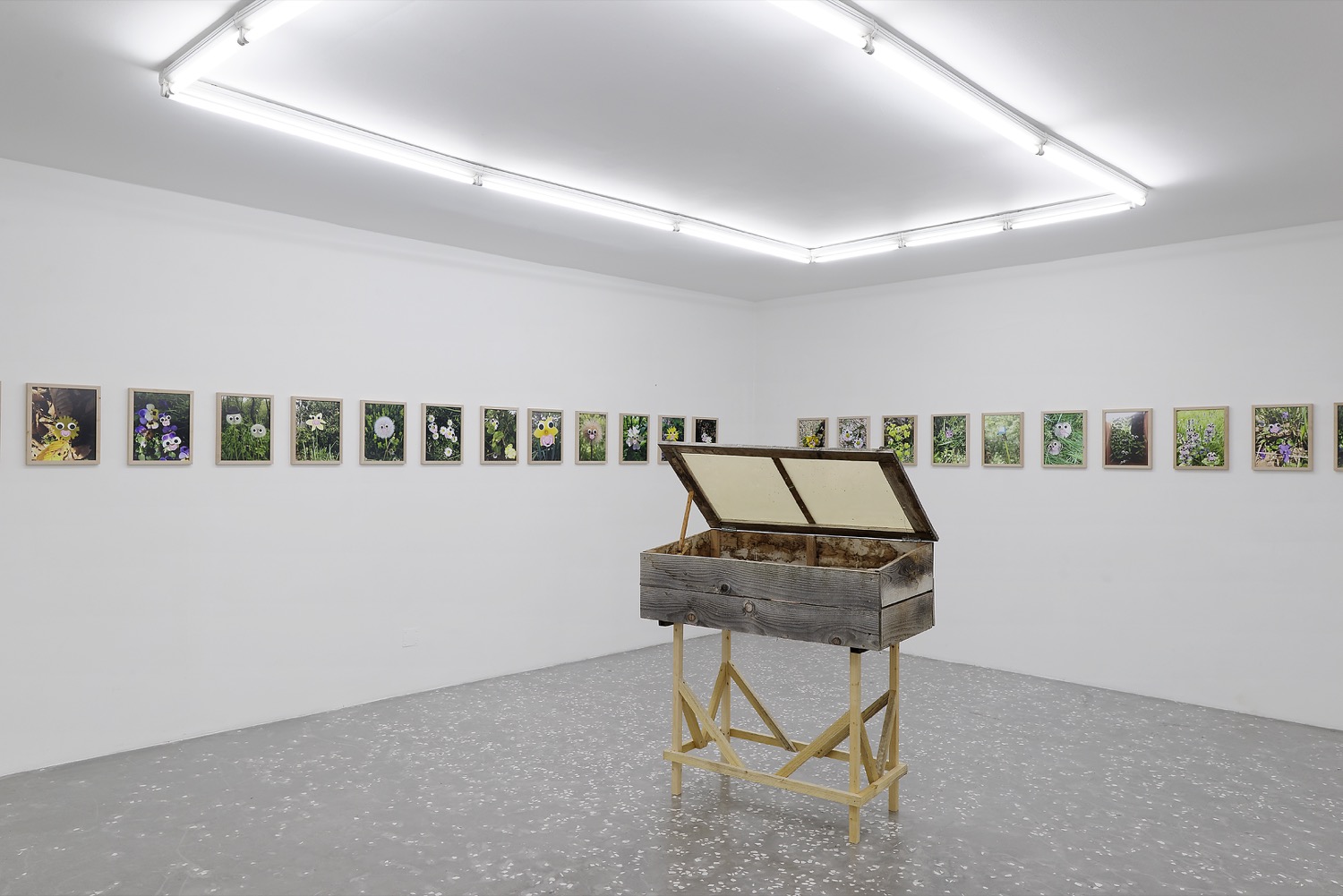 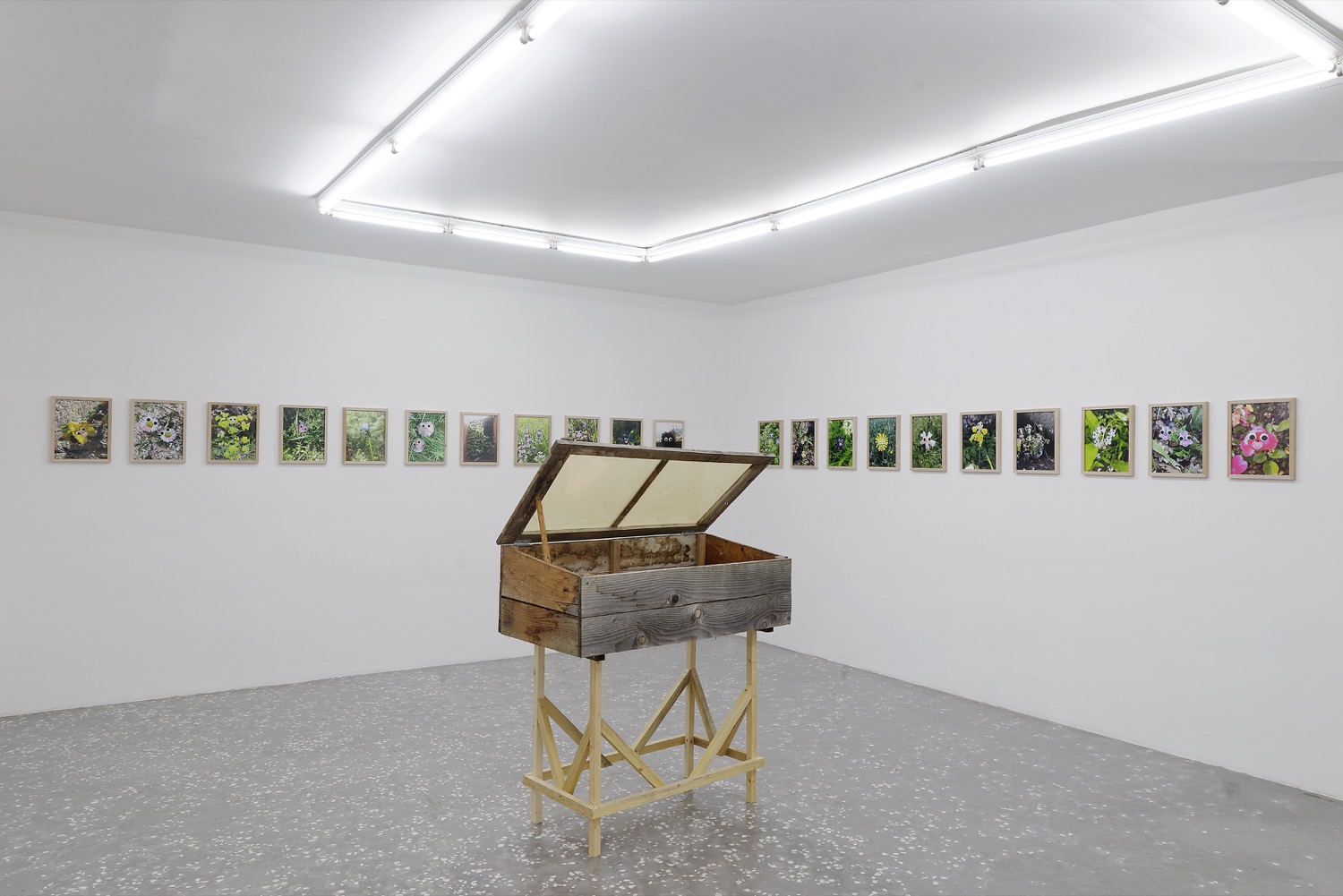 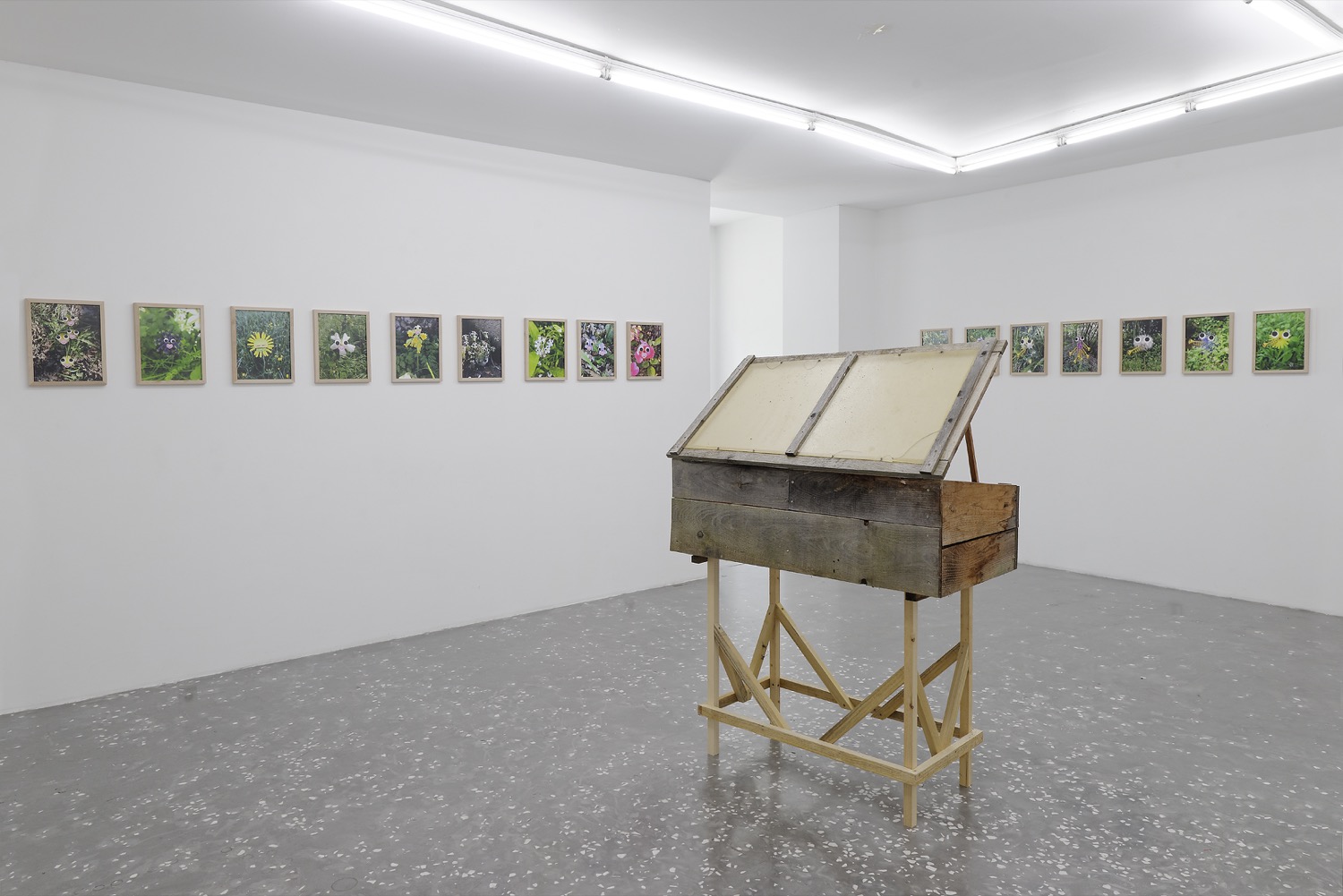 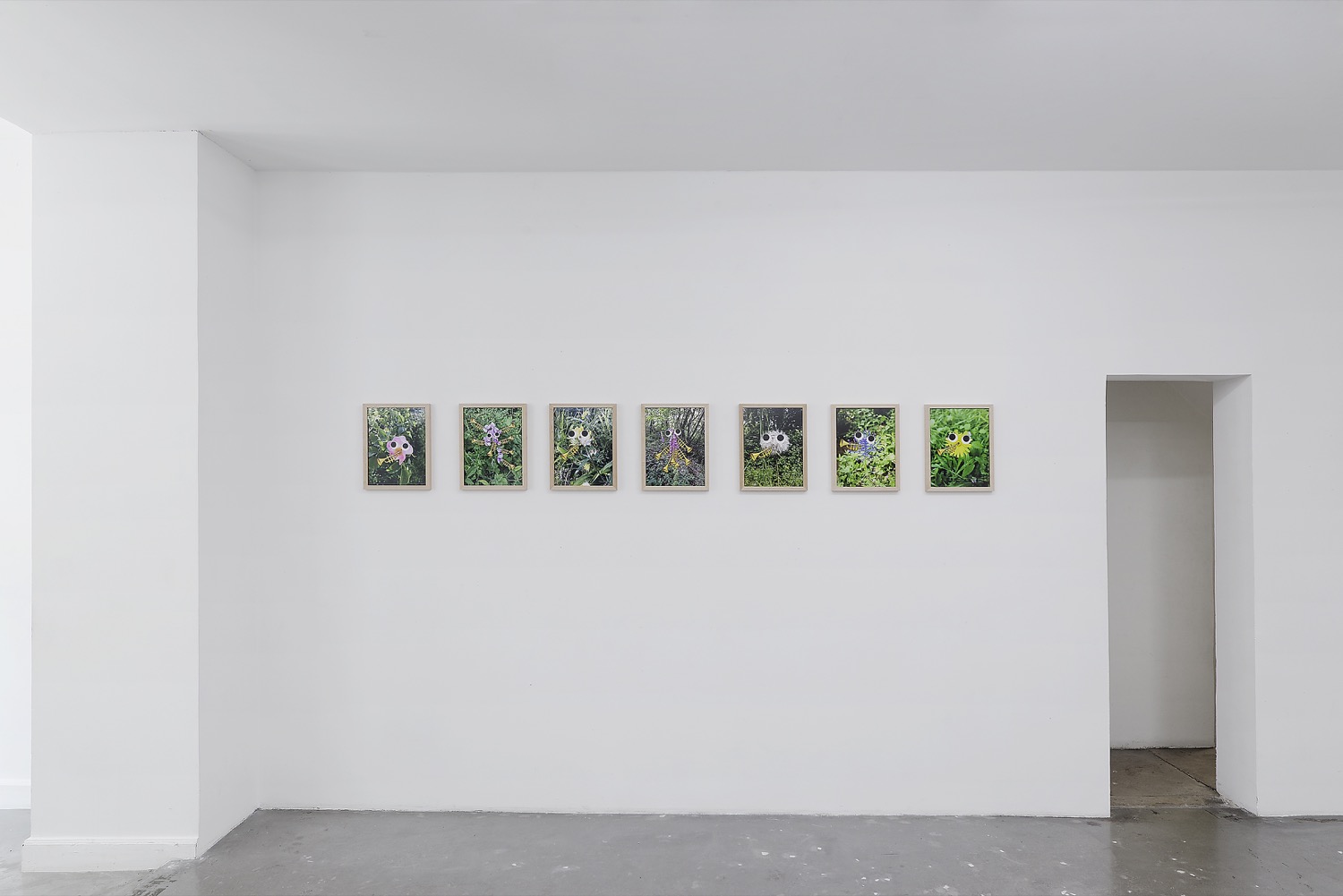 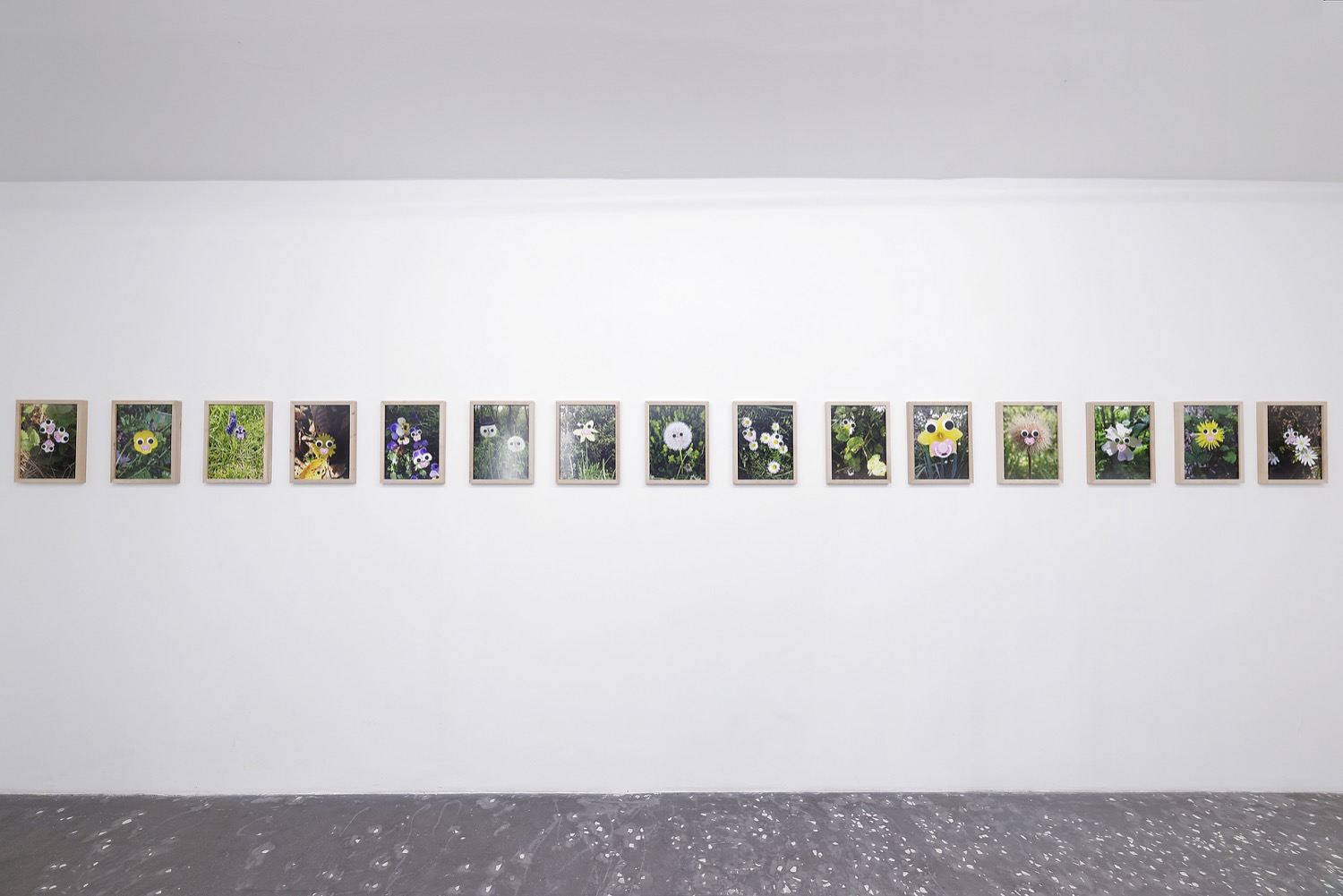 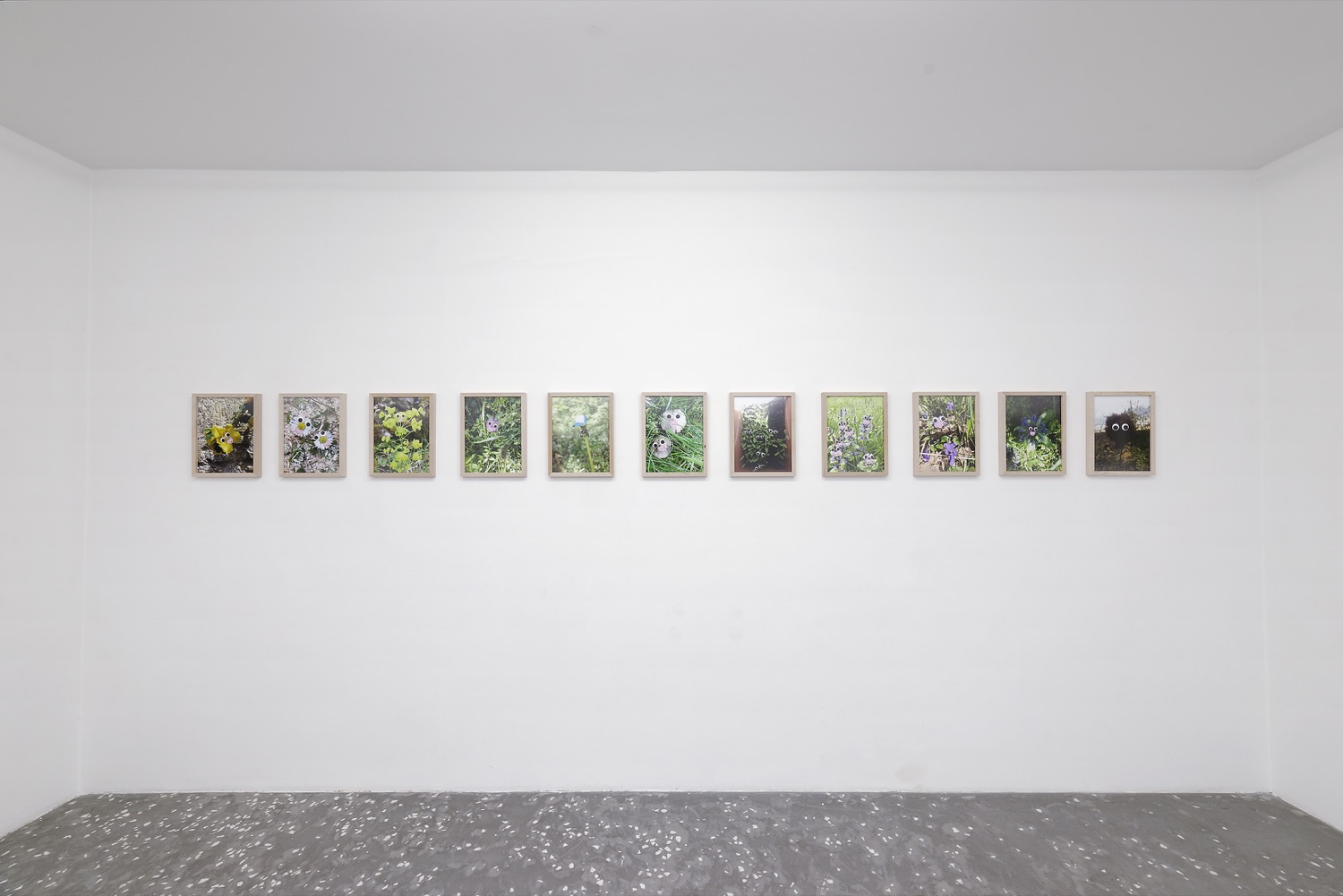 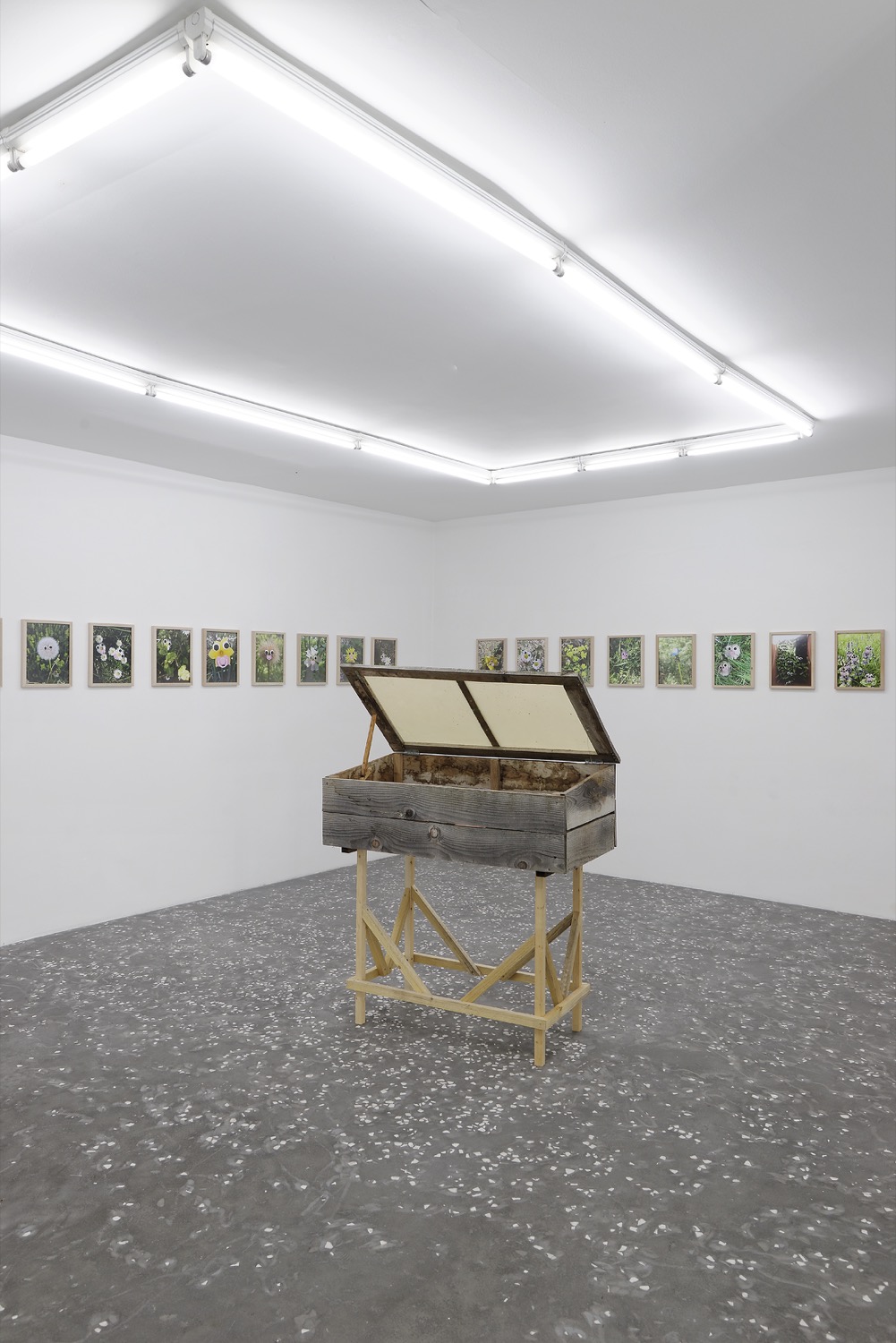 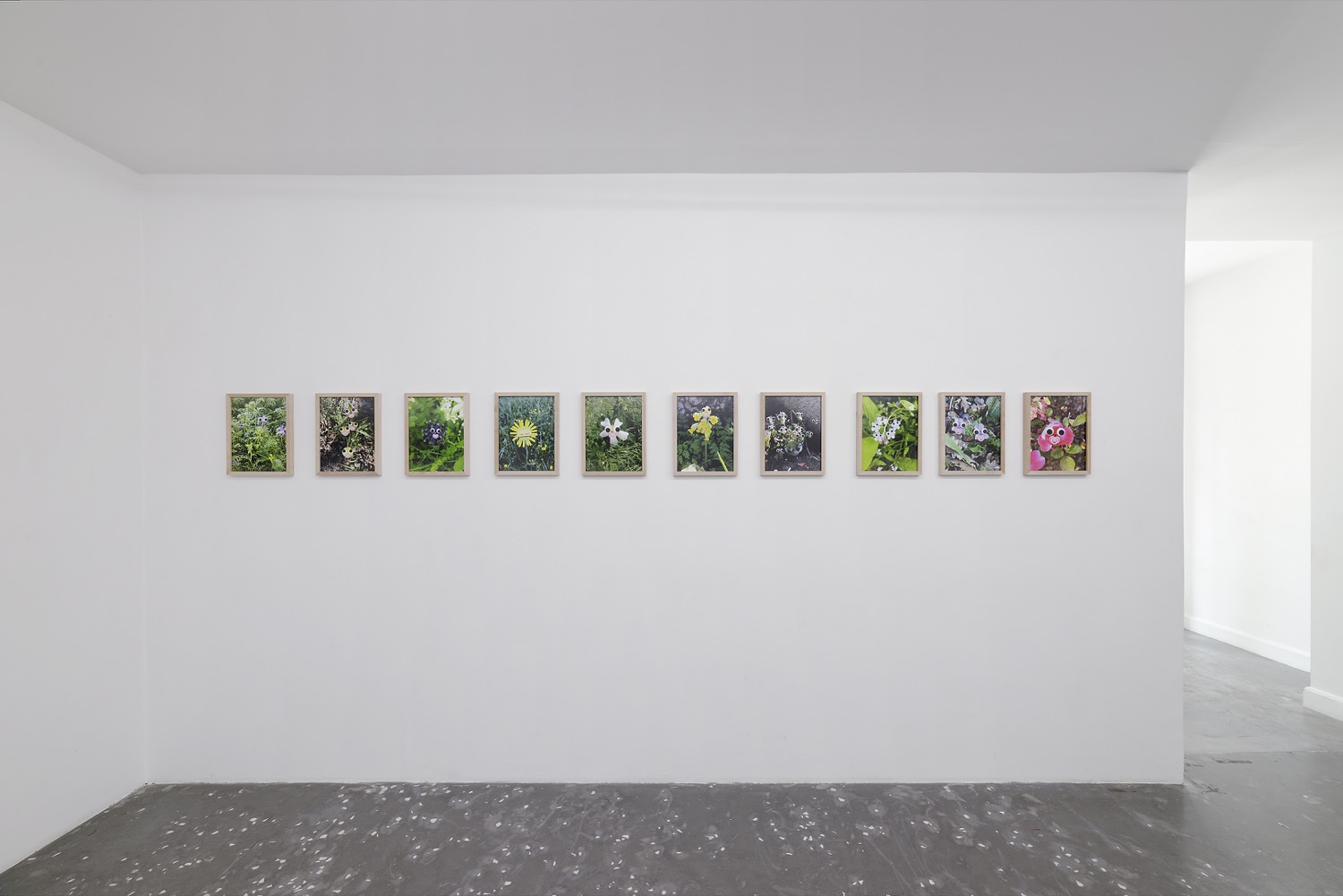 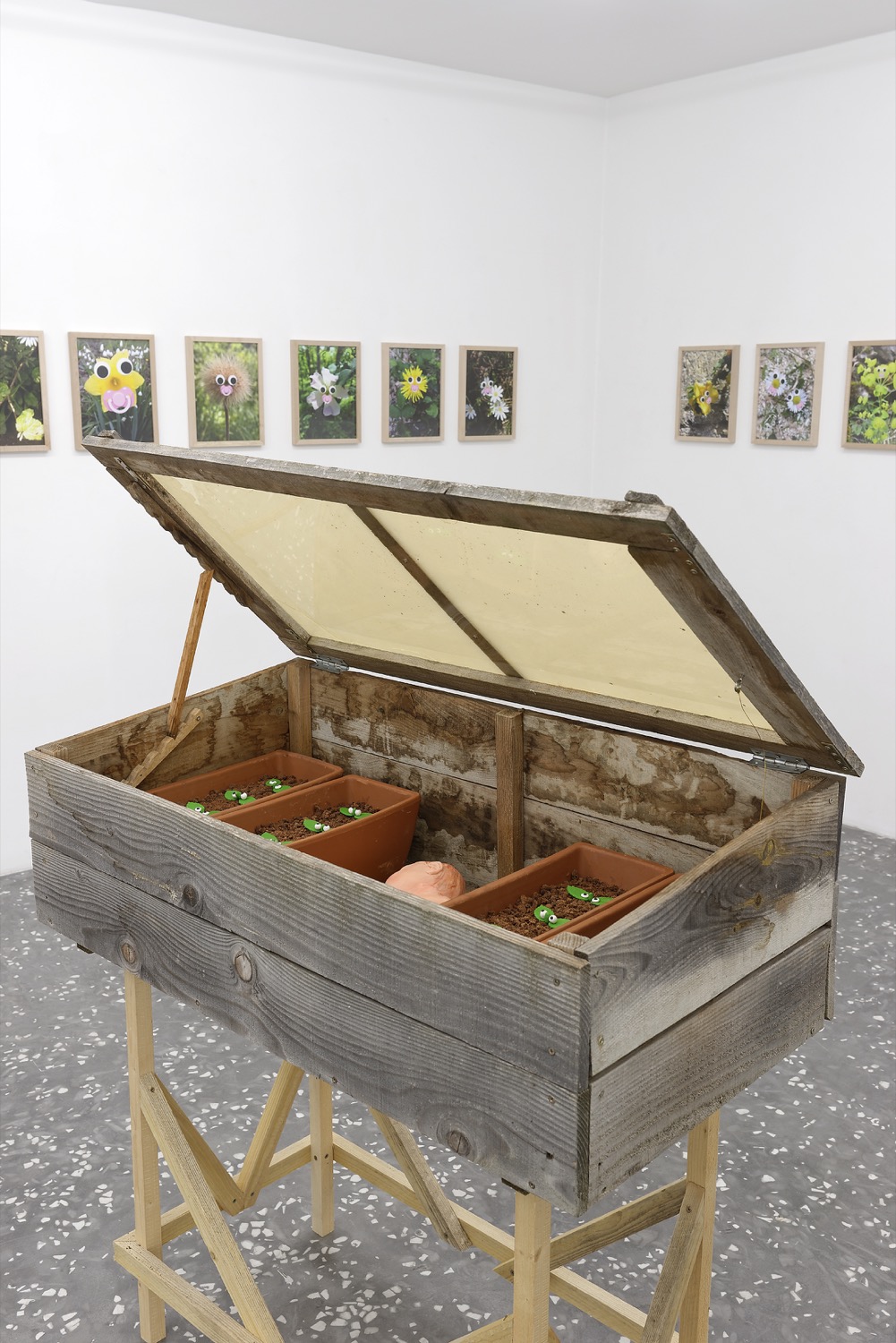 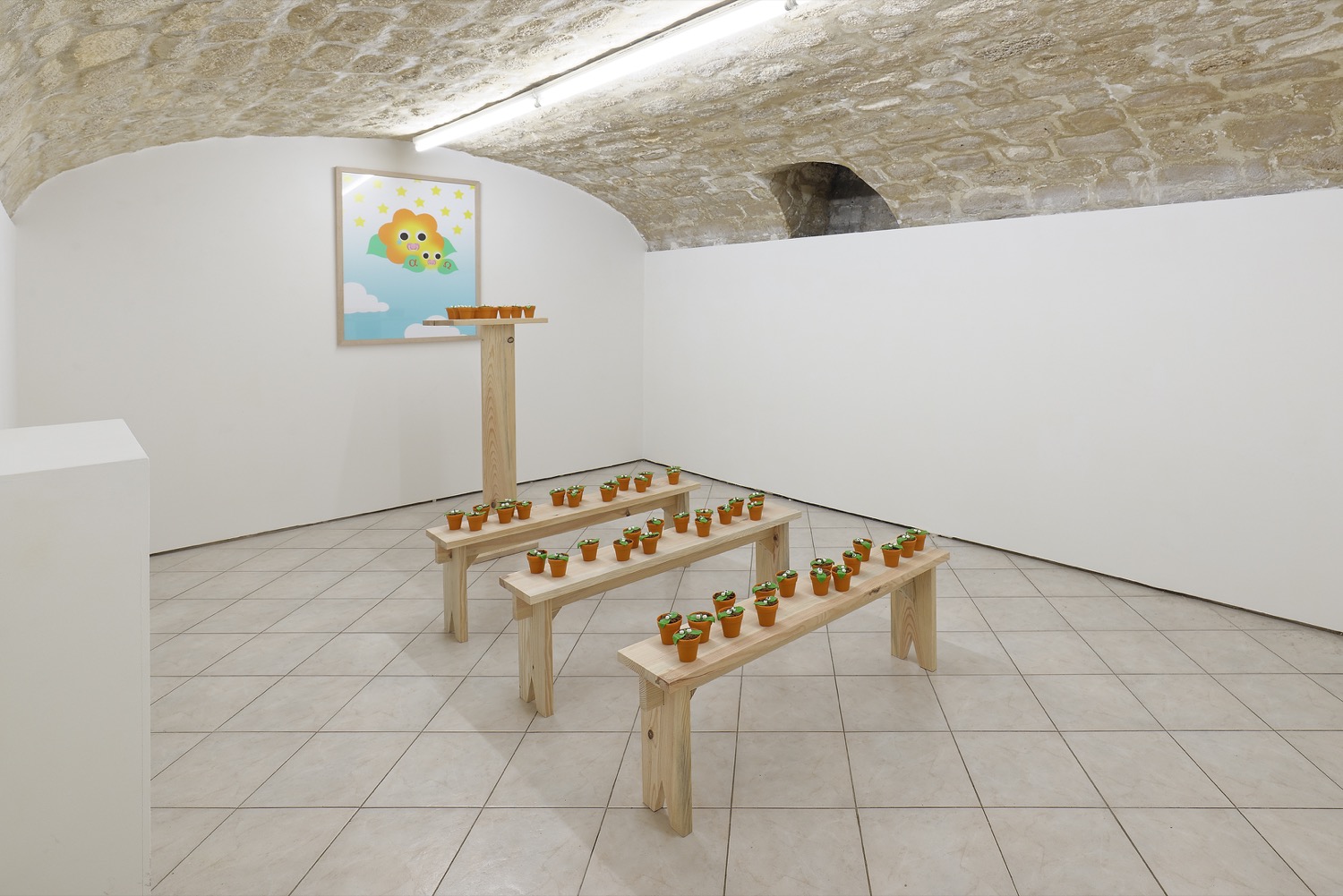